Mae's features private chef and in-home chef services alongside traditional catering services.  View our menus to see what is on offer, or alternately our chef will work with you to create a one of a kind menu for you and your guests. 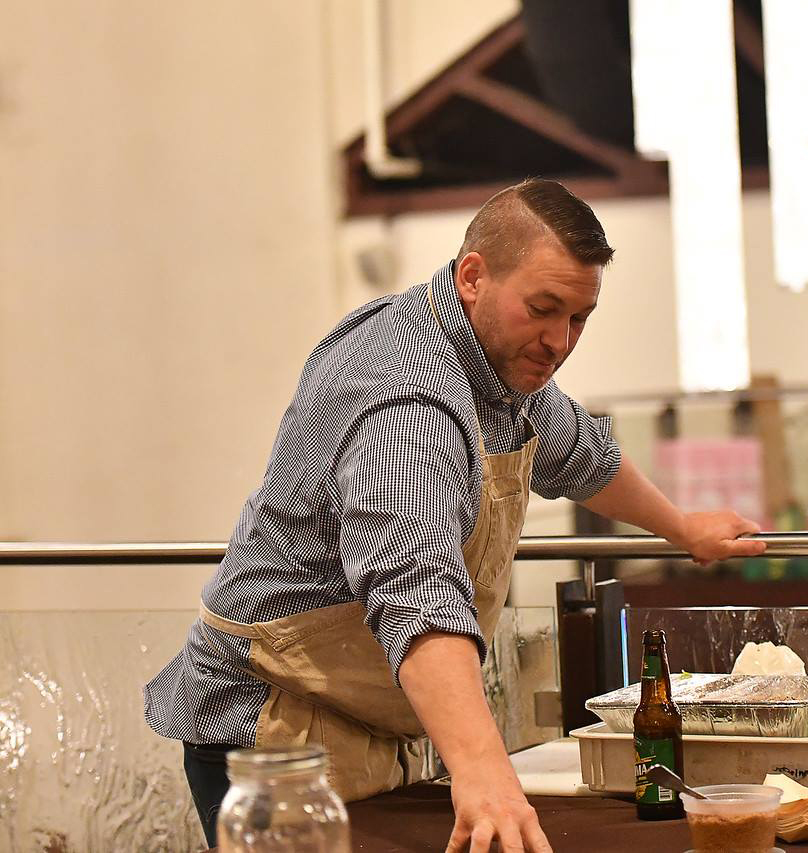 Joshua Taggart’s culinary career began early on, inspired by his love for reading cookbooks and growing up surrounded by farms in southern New Jersey.  After graduating from the Academy of Culinary Arts at Atlantic City Community College in 1996, Taggart sought opportunities in the big city to further develop his unique approach inspired by the farm to table concept and quality, home-cooked meals.

Taggart’s culinary repertoire flourished as a line cook at Tony Clarks and Buddakan in the heart of Philadelphia the late 1990s, followed by sous chef at both Founders at The Park Hyatt and The Grill Room at The Westin Philadelphia.  In 2001, Joshua earned his place on the team responsible for the launch of Lacroix, where he refined his culinary techniques and perfected the art of food presentation under acclaimed James Beard Award-winning Chef Jean-Marie Lacroix.  In 2005, he was named Chef de Cuisine at The Dilworthtown Inn in West Chester, Pennsylvania.  It was there where he extended his culinary creativity skill, mastered restaurant operations, and enhanced his business management skills.  His success at this historic restaurant and renowned gather place landed him with the opportunity to serve on the leadership team responsible for opening Rae, a restaurant venture in 2006.  As Executive Chef of Operations, Josh quickly became the face of the culinary team – developing creative dishes, creating innovative presentations, and pleasing the palettes of some of Philadelphia’s most exclusive clientele.

After moving on as Executive Chef at other local Delaware Valley staples – Duling Kurtz House, McKenzie’s Brew House, and Eagle Tavern – Josh was recruited by Sodexo, where he currently oversees planning and operations for top-tier national accounts.  His love of the kitchen – and his wife Erin Taggart, a classically trained pastry chef – led him to open Mae’s West Chester, where he continues to be inspired by farm to table dishes, unique twists on presentation, and quality of service that is unparalleled.